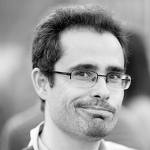 *Only one now, at least one more later 😉

Physicles is a container of MIDI Audio Unit plugins, which generate MIDI messages based on the physical interactions between entities using an underlying physics engine. Physicles plugins (at present, only one plugin exists: Bouncy) do not generate any sound: they simply generate MIDI messages. All compatible AU Hosts (such as AUM, AudioBus 3, apeMatrix, Beatmaker, Cubasis 2, and Sequencism) have various mechanisms to connect the MIDI output of these plugins to other audio units, synthesizers, or external hardware. Once connected, the receiver instrument will play the generated physics-based sequences of notes.

MIDI Audio Unit plugins were possible thanks to pioneers such as Bram Bos (Rozeta), Jonatan Liljedahl (Kimatica – AUM), Mathieu Garcia (INTUA – Beatmaker), and Fred Anton Corvest (FAC). This app was inspired by these pioneers and other pioneer physics-based music apps in the iOS ecosystem such as Caelestis and PHYSynth, and also was made possible by the help of multiple libraries (like the underlying physics engine, chipmunk, which rocks!), developers (like Gene De Lisa) and beta testers.

Hopefully this small experiment that pursued the replication of some sounds of the past in an AU ecosystem grew into something that will be useful for your own music.